Cassie Brown’s account of the 1914 sealing disaster is a classic. A tale of greed, callousness, suffering and heroism, it paints a grim portrait of the expendability of “swilers,” Newfoundland fishermen who endured deplorable conditions on board ship and off as they supplemented a subsistence living by killing seals for the colony’s merchants. For two days and nights in the winter of 1914, 132 men were stranded without food and shelter on an ice field. Two thirds of them died before one of the nearby ships came to their aid.

It's been a long time since the appearance of a Canadian book that so graphically describes the horrible abuse and disdain with which the working man was treated in the early part of [the twentieth] century. — Calgary Herald

Death on the Ice succeeds not only in capturing the essence of the event, but maintains an atmosphere of taut suspense up to the climactic rescue. — Financial Post

This Canadian audiobook produced in Newfoundland and Labrador by Rattling Books.
You'll get 1 file (183.2MB) 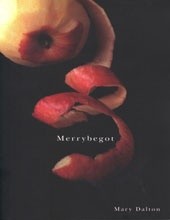