This Canadian audiobook was produced by Rattling Books in Newfoundland and Labrador.
You'll get 1 file (112.6MB) 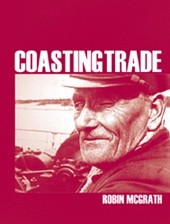