How does a man save his own life? In 1908 Dr. Wilfred Grenfell, the famous medical missionary, was travelling by dog team to treat a patient. In his haste, Grenfell took a short-cut across the sea ice. A change of wind and ice conditions left the doctor and his sled dogs stranded on an ice pan, their komatik and provisions lost. Grenfell came close to perishing.

Adrift on an Ice Pan, recorded and produced by Chris Brookes, is Grenfell’s own account of this near-fatal misadventure. If you like outdoor adventure stories, especially Arctic ones, you'll enjoy the blow-by-blow of Grenfell's tale.

Brookes is excellent as the philosophical and quick-thinking Grenfell, who believes he is facing certain death. The mournful notes of various hymns that intersperse the narrative enhance the atmosphere of hopelessness.
—AudioFile magazine

I don't hate snow. I hate ICE. I got major chills listening to the ultimate audio book of survival in the winter, Adrift on an Ice Pan. Chris Brookes' first-person narrative as Dr. Wilfred Grenfell astonishes in this recounting of the doctor's harrowing ordeal. The short CD reminds me of Jack London's Call of the Wild. . . . Wonderful and surreal because it is true.
— AUDIOWORLD

Chris Brookes’ thready pipes and somewhat English intonations are perfect for Grenfell, but by adopting an intimate, slightly tongue-in-cheek modulation, he catches the magic that made the doctor one of the most sought-after lecturers in North America. You feel like you are holed up in a tilt or an igloo on a nasty night, with this fascinating man murmuring his story into your ear.
—Northeast Avalon Times

This Canadian audiobook recording brought to you by Rattling Books of Newfoundland and Labrador. 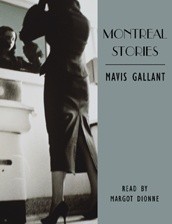 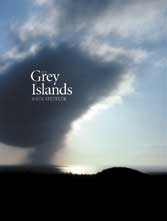 The Way the Light Is short fiction single (Lisa Moore)