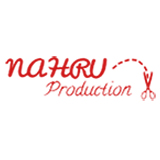 EXTREME#006 "A Woman Gets Various Haircuts to Buzzcut"

At one night, a woman came to our studio, she is a sales girl in a supermarket. She has long hair and wants to cut her hair short. For new haircut experience, she wore the camisole (sleeveless clothing). She sat on chair and hairstylist began to cut her hair. Hairstylist cut her long ponytail first. After that, she held the ponytail and took some photos. Hairstylist continue his job to cut it with clipper into inverted bob. The hair fall down into her skin and the camisole. She wants shorter, so hairstylist cut her hair shorter bob than before. But she still wants shorter.. So hairstylist cut it into pompadour hairstyle. And for last cut, she wants a buzzcut. She never cut as short as it but she wants to try new experience with her hair. Hairstylist took a clipper again and set attachments. The clipper running around in her head while her hair fall down on her skin, on the camisole and also on the floor. Finally, she looked more fresh with her new hairstyle.

This video produced by Nahru Production 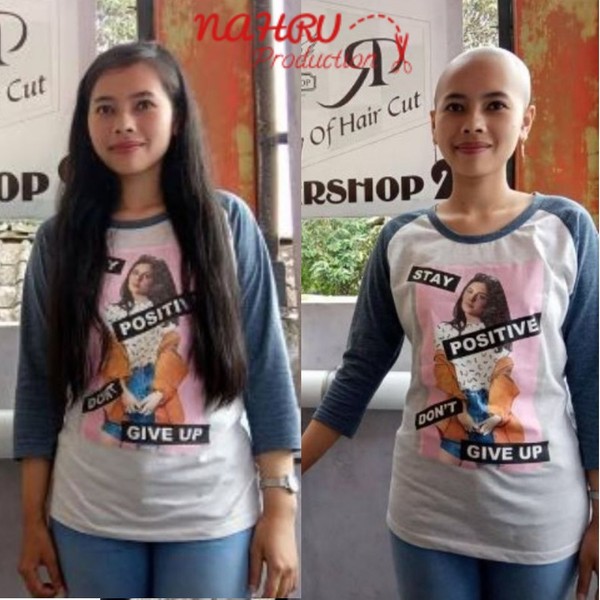 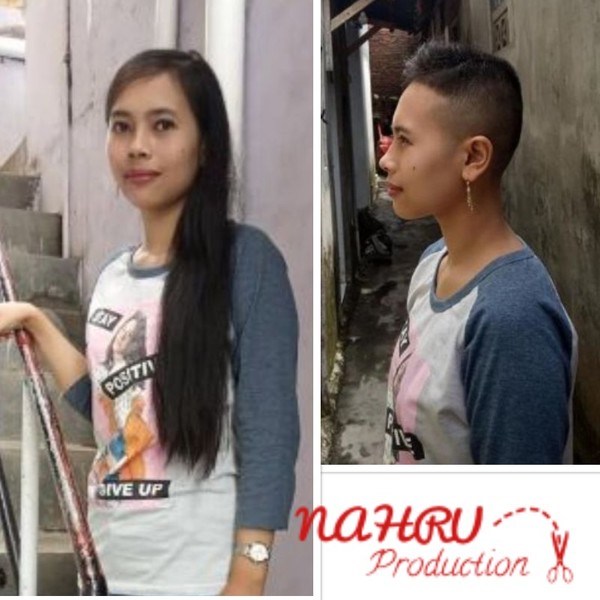 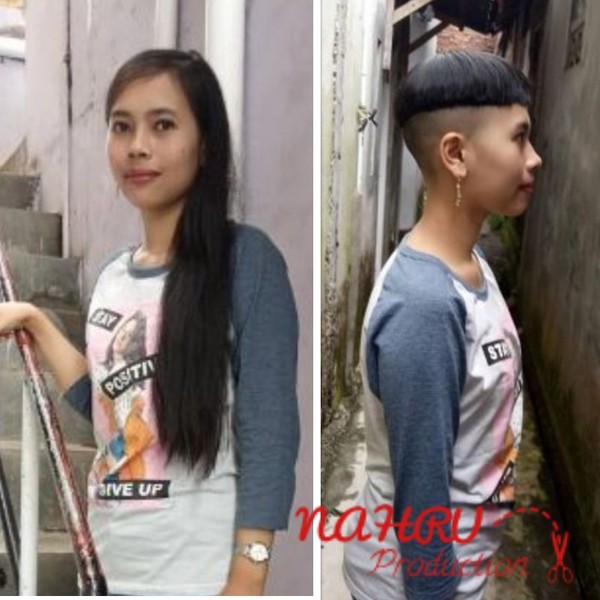