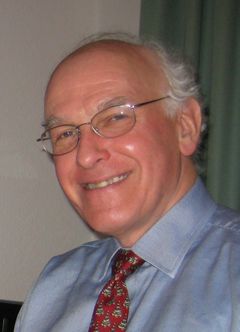 How could "Open Government" transform its transparency? - a new vocabulary.

The call for greater transparency in the way governments function and their relationship with citizens, businesses and non-for-profits is formally supported by over 70 national governments worldwide and co-ordinated by the Open Government Partnership (OGP.)

As an evolving, co-creative initiative to clarify and adopt what is coined as Government 2.0 many unresolved issues are highlighted raising pertinent questions which are initially addressed in this publication. After broadening the topic by briefly referring to:
• The nature of prosperity and concerns about the concept of economic growth emanating from the Club of Rome and other sources (which pose additional and immense challenges to governments)
• Initiatives in Greece and the UK
• Technology development in block chains for multiple distributed ledgers

a single question is formulated as follows:

“What simple, profound act by governments can gain the commitment of citizens to participate actively in government reforms through mass collaboration and bypass resistance?”

This requires a reminder of how organizations really work and how business models relate to business ecosystems and their own networked configuration.
The “profound act” by government is then identified as an approach for organizing that recognizes the significance of roles in formulating how work is done.

A new vocabulary is born to break down silos and cultivate engagement in any kind of organization.

Simple examples are provided which demonstrate this approach in use (called a Value Exchange System – VES). Having laid the groundwork a further example, for the purpose of rewarding social citizenship, integrates a new centre (POM) for entrepreneurship and co-creation in Heraklion, Crete, with novel blockchain developments in Kingston-upon-Hull (the UK City of Culture for 2017).

Following an appraisal of this application of VES, recommendations are made to:

• Obtain a deeper understanding of the Value Exchange System (VES) tool and the VES approach
• Attend periodic workshops in POM (Crete) and the UK
• Subscribe to upcoming email-based intelligence and support
• Select a government project interacting with citizens, businesses and not-for-profits in order to trial the VES approach, record and report on the benefits achieved

The Mobilization Map - the opportunity to make change easier 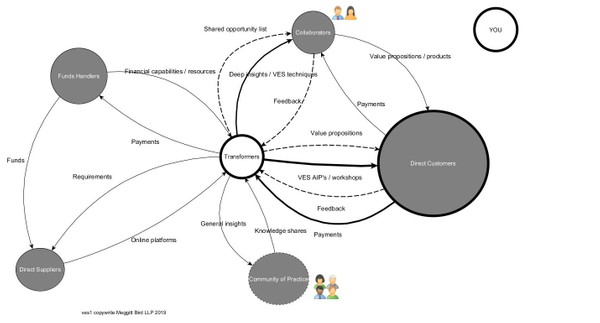 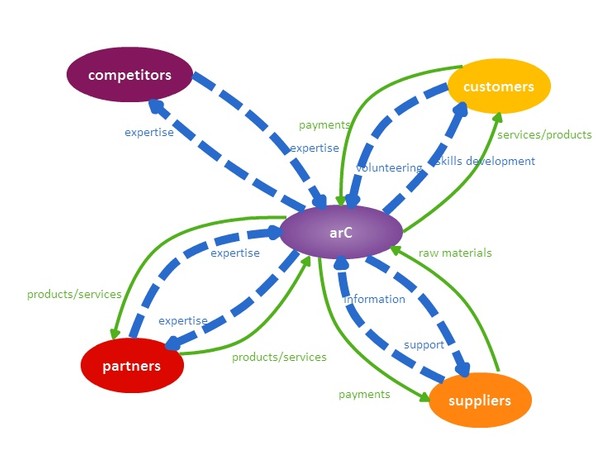