Reviews:
Featuring Natsuki Tamura on trumpet, Satoko Fujii on piano & compositions, Takeharu Hayakawa on electric bass and Tatsuya Yoshida (from RUINS!) on drums & voice. What I find most fascinating about this quartet is that although Satoko & Natsuki come from a mostly diverse jazz background, those crazed Ruins dudes have created their own progressive/punk world. Quite an odd combination of extremes which grows stronger with each disc by challenging each member and the audience as well. Once more Satoko Fujii's outstanding quartet delivers!
(BLG)

******
Testosterone certainly isn't lacking on Zephyros, the latest outing from the prolific (though still largely unsung) Satoko Fujii Quartet. And you wouldn't expect it to be, powered by a rhythm section consisting of Takeharu Hayakawa, whose muscular electric bass recalls the glory days of early 80s punk funk, and drummer extraordinaire Tatsuya Yoshida (of Ruins fame). Yoshida can handle Fujii's gusty prog metrical intricacies with consummate ease - hardly surprising, since he was weaned on the stuff - and topped off with Fujii's punchy piano and Natsuki Tamura's blazing trumpet, the band really cooks on "Flying To The South". Fujii's stylistic influences are wide and not always easy to pin down: "First Tango" is Carla Bley-like in its precision-engineered harmony and bass line doubled on piano left hand and bass, while the crashing power chords and rumbling octave pedals of "The Future Of The Past" inevitably recall McCoy Tyner. Elsewhere there are hints of pianists as diverse as Kenny Kirkland, Keith Tippett and Paul Bley. Tamura is not all blood and fire, either. In the opening minutes of "One Summer Day" his full rich tone - impeccably recorded, as is the whole album - provides a temporary respite before Fujii comes charging in with tight arpeggios that gradually give way to a minute's ecstatic freakout. Yoshida's rock background and sheer volume, though impressive, are sometimes overwhelming - his mighty snare drum thwacks in "Clear Sky" are rather overpowering, and the deft odd number metrics sound rather wooden. By way of antidote, the opening minutes of "15 Minutes To Get To The Station" let rip with joyous abandon, until the metrical magma resumes. Fortunately, Fujii has the good sense not to let the music go out with a bombastic bang, and winds things down in the closing minutes. It's another solid outing from a tight and impressive band, and one more reason for you to check out what's happening on Not Two at the earliest opportunity.
(Dan Warbuton, Paris Trans Atlantic)

******
Now 45, Satoko Fujii continues to amaze with her florid and expansive explorations of sound colour. Despite releasing 18 albums since the mid-90's, and though active in both the USA and her native Japan, she remains very much a minority enthusiasm. Classically trained, with stints at bot Berklee and the New England Conservatory, she took jazz lessons with Fumio Itabashi, who has worked with Ray Anderson and Elvin Jones, and she's benefited hugely from a longstanding association with trumpeter Natsuki Tamura. He's part of the quartet here, along with electric bassist Takeharu Hayakawa and Ruins percussionist Tatsuya Yoshida. Reminiscent in place of British-Japanese pianist Akemi Kuniyoshi-Kuhn, Fujii weaves repetitive, songlike lines over rhythmic ostinati that combine Western and Asian harmonies and rhythms. "Flying To The South" is typical of her stop/start approach to melody. To some extent, Tamura is surplus to requirements here. The real action lies with the piano, drums and that strangely growling bass. Zephyros isn't her best work to date but it's up to Satoko's challenging standards.
(Brian Morton, The Wire)

******
Hard, heavy and relentlessly rhythmic, ZEPHYROS is the third outing for pianist Satoko Fujii's part Free Jazz/part Post Rock quartet. Combing the improv capabilities of Fujii and her husband trumpeter Natsuki Tamura with the more overt rock orientation of electric bassist Takeharu Hayakawa and Ruins drummer Tatsuya Yoshida, the seven pieces roar along with the speed and exhilaration of any ProgRock outing. Trouble is, while the pianist uses her skills and compositional talents to create something more than the standard jazz fusion outing, she's still only using one part of her talents. Like the protagonist in the 1950s film Three Faces of Eve, there are at least three Satoko Fujiis. One adds pounding piano lines to all the tunes she composed here. But the other two -- individually the sensitive stylist who records chamber improv with the likes of bassist Mark Dresser and violinist Mark Feldman and the accomplished composer/arranger who shapes big bands in Japan and New York -- are MIA. Think of what could be accomplished if the proficiencies of Fujii's other "faces" were added to the talents here. On this CD, it sometimes seems as if what Hayakawa, who is part of Dr. Umezu's jazz-fusion band, and Yoshida bring to the bandstand nearly overpowers the contributions of Tamura and Fujii. The frantic "15 Minutes to Get to the Station", for instance, which luckily doesn't take that amount of time to play, finds the pianist's introductory, single note cadenzas buried beneath the drummer's falsetto yelps, yells and near vocal retching. After the honking of a toy plastic horn, the bassist produces jet plane powered licks and the trumpeter introduces smeared chromatic runs. Soon the steady drone of Hayakawa's bass gives way to Yoshida, who always seems intent on battering and banging every part of his kit. Even glancing grace notes from Tamura and Fujii's accelerating, double time pressure doesn't see, to faze or even mute his outlay. Finally more moderate piano chording and a sour-sounding brass run brings the percussionist back to earth, but not before Yoshida has screamed a few more time and created busywork with his trap set. In the same way, "First Tango" has only a faint Latin tinge and appears far removed from the Argentinean dance rhythm. With a bass guitar lead that resembles Jaco Pastorius or Stanley Clarke at their most ornate, Yoshida adds press rolls that quickly evolve into reverberations that could come from electronic drum pads. After the trumpeter contributing a series of triplets and the pianist Cecil Taylor like-dynamic slurred fingering, a combination of bass and piano accompaniment and a rubato passage from Tamura eventually gives the tune its slight Hispanic cast. Tamura gets to showcase his muted, electric period Miles Davis licks elsewhere and Fujii does the same with brief melodic parts. However, the most successful compositions are those that are furthest removed from dogmatic rock, jazz and jazz/rock traditions. "Clear Sky -- For Christopher", for one, is performed with a lilt reminiscent of a Kurt Weill cabaret song. It best utilizes Yoshida's oddly metered drumming, shows off high frequency runs from Fujii and allows Tamura's vibrating bent tones to seemingly accelerate the melody as much as express it. Before the initial theme is reprised at the end, the tune has evolved into a jaunty merry go round of trumpet mimicry and bouncing drumbeats. "Flying to the South", which is supposed to be linked to ProgRock, showcases a lyrical piano fantasia that gradually hardens as the trumpeter plays a simple repetitive pattern. Creating multi variations on Fujii's theme the brassman overrides the funky vamp from Hayakawa's four electrified strings and Yoshida's high intensity banging. An interesting funk-fusion variation, ZEPHYROS demands too many hard, McCoy Tyner-like modal vamps from Fujii without allowing her other talents full range. Long time followers may rate it higher. Too often, though, it appears as if she and the rest of the band are trying to act out the first song title, trying to create "The Future of the Past" instead of going straight to the future.
(Ken Waxman, Jazz Wire
You'll get 1 file (313.7MB) 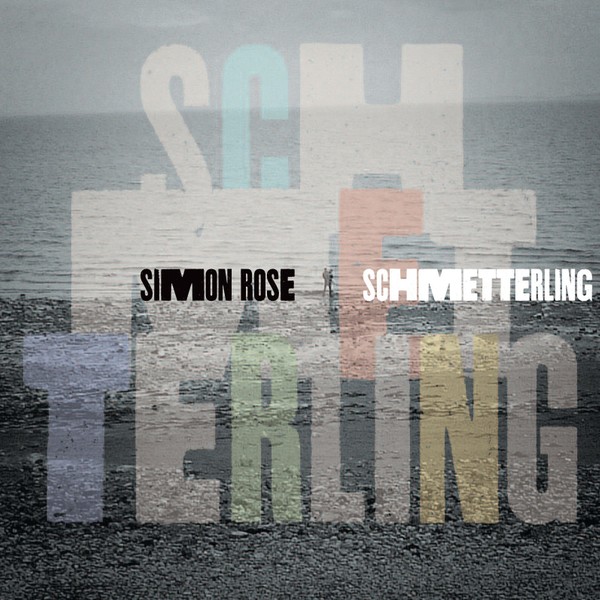 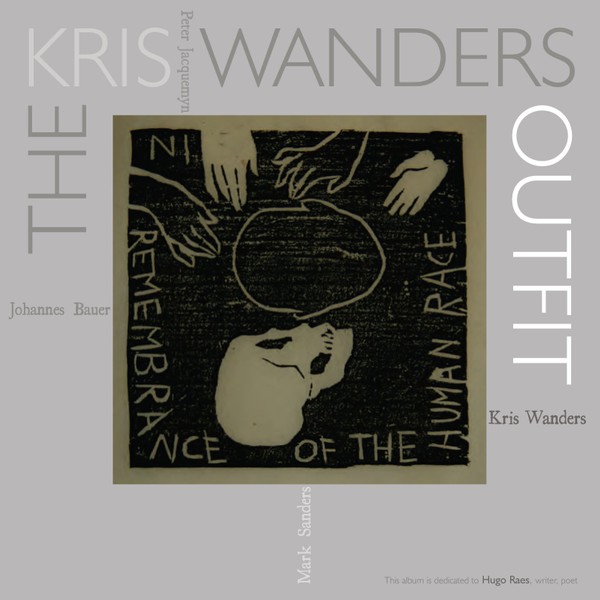 MW856 In Remembrance of the Human Race by The Kris Wanders Outfit
€5.99
Buy now 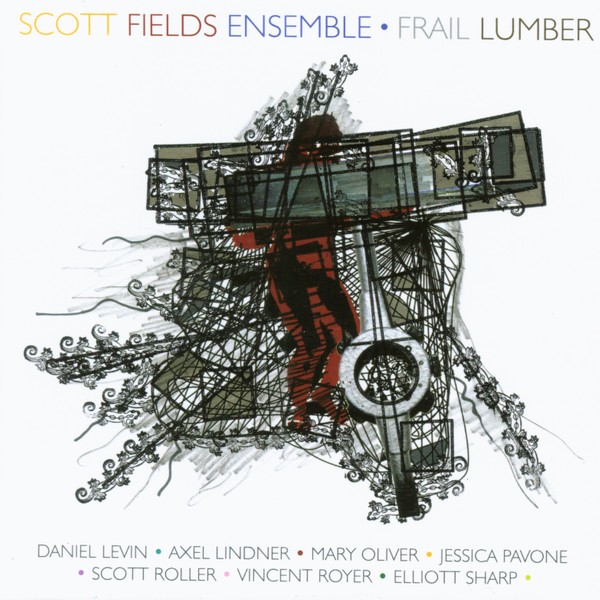 MW858 Frail Lumber - Scott Fields Ensemble
€5.99
Buy now
This website uses cookies so that we can provide you with the best user experience. By continuing to use this website you are giving consent to cookies being used.
Got it