Confessions Of A Hypnotist - The Live Seminar

CONFESSIONS OF A HYPNOTIST

If you’ve ever seen the "Mindbenders" on Television and wondered How did he do that?

Then let us tell you now it has nothing to do with NLP and for the first time ever on DVD Dr. Jonathan Royle will reveal to you in a simple step by step manner all of TV’s Most Mind Blowing "Mind Control" Secrets and what’s more he will also teach you how to integrate them into your Hypnotherapy Practice to get speedier results with your clients.

If you want to truly look like a Miracle Mind Reader or pass yourself off as a genuine Psychic or Clairvoyant then you need to buy this Ten Volume Video set today!

Royle demonstrates tried. Tested and proven to work Cold-reading techniques, the likes of which are used by Derek Ackorah, John Edwards and other so called genuine Psychics and then he teaches in a simple step by step manner how to apparently make contact with the dead and actually give specific information like names, dates and places thanks to a technique called the Centre Tear which has been closely guarded by Mentalists & Psychics for years.

He also discusses and explains in depth how to perform many of televisions most famous routines such as making a bookie pay out on a losing Horse or Dog Betting ticket and in fact blows the lid on just about every one of the most closely guarded Secrets, Routines, Ploys and Stunts which have never been revealed correctly elsewhere until now!

You’ll learn the true inside secrets of the "Dual Reality principle", see it demonstrated and then be taught how to use this mind-blowing secret to duplicate just about everything any famous Mentalist or Psychic has ever done on TV.

You’ll also learn several complete Mentalism and Psychic Routines which all use everyday objects and alone are worth a fortune to any working or wannabe Mentalist or Magician.

Indeed you’ll learn enough Professional Mentalism, Psychological Entertainer Secrets and Psychic Ploys on this Ten Disc Set to enable you to perform a complete Two Hour Theatre Stage Show which will rival even the most established names in the business including Max Maven, Banachek, Bob Cassidy, Richard Osterlind and other leading names.

Not only that but then Royle goes on to teach you how to use many of these techniques successfully to treat people with Hypnotherapy.

Also within this Ten Disc video set, Royle will teach you the True Inside Secrets of Complete Mind Therapy his approach enabling you to treat most any person with most any problem within a single one hour session.

He will also demonstrate and teach you his techniques of "Magical Therapy" whereby you’ll learn how to use simple magic tricks to create instant lasting change in your clients.

These simple tricks are taught in a simple step by step manner along with how to treat both Adults and Children effectively to cure most any problem in a single session lasting anything form a few seconds to minutes, but certainly much faster than just about any other treatment technique you may ever have encountered including conventional NLP!

Royle even teaches you how to use a notepad and a permanent marker pen to help you treat even the most deep rooted Psychological and emotional problems in a far more efficient and effective manner.

As an experienced Television, Radio and Media Hypnotist, Royle then explains in a simple step by step manner how to earn a fortune as a Media and Celebrity therapist, including Secrets of how to deal with Journalists which alone are worth many times the cost of this entire course!

And when you find out the true secrets of how people like Royle and other TV Therapists get INSTANT RESULTS on Live Television and Radio Shows it will truly blow your mind and change the way you think about Hypnosis, NLP and suchlike forever!

One of the highlights is seeing Royle demonstrate his use of Complete Mind Therapy (CMT) on an audience member to Cure their Fear of Flying with ease and what Royle has to teach about Rapid Phobia Removal is also worth many times the cost of this entire set.

The Content of this TEN video set is pure dynamite and entirely different in content from any of the other products advertised on this site.

During the ten volume DVD set, Royle teaches his own slant on Geoffrey Ronnings Famous EKG induction, you’ll learn how Royle has taken the basic idea and streamlined it even more to make it even faster and more effective for use both as a Stage Hypnotist and as a Hypnotherapist doing profitable group treatment session.

And if that’s not enough Royle gives numerous ideas, ploys, Secrets and Techniques form his own experience to enable you to make maximum profits for minimum investment of time, effort or money. 95%+ of The contents of this Ten Disc Set from Royles May 2005 Seminar are entirely different to the contents of all our other products and as such are 100% unreservedly recommended to all serious Hypnotherapists, NLP Students, Mentalismand Magic Performers and Hypnosis experts of all kinds.

And if that’s not enough Royle Reveals numerous other Secrets, Ploys, Methods and Techniques which he has never revealed in any of his other training’s before making this ten disc set exceptional value for money at this limited time only Special Offer Price!

AND HERE IS ANOTHER REVIEW OF THE EVENT:

A couple of years ago, Jonathan Royle, the bad boy of stage hypnosis, decided to get into the training game and he now promotes several different events a year. Last weekend I attended his “Confessions of a Hypnotist” seminar in Birmingham.

However, before I could do so, I was obliged to watch the fifteen (yes…fifteen!) DVDs that he sends out to participants beforehand, which include a previously filmed version of this seminar as a ten DVD set, a three disc set entitled “Secrets of Professional Stage Hypnosis” upon which he demonstrates no less than eighteen different rapid induction techniques (amongst other things) and his two disc “Secrets of Professional Hypnotherapy" course.

It’s as well that I was diligent enough to watch these DVDs in advance, as Royle had decided that since everyone was getting the entire seminar on disc, he might as well give them a completely different one, meaning that although there was some crossover, delegates effectively got two seminars for the price of one.

Good value by most people’s standards…particularly considering that before lunch on Saturday he succeeded in deconstructing much of Derren Brown’s repertoire…not that he stopped there…just for good measure, he also threw in a demonstration of how to give cold readings.

Saturday afternoon moved on to selling oneself as a hypnotist/’psychic’/mind magician, covering radio and television interviews, the internet and psychic fairs, it included a screening of his now infamous appearance on Channel Four’s “the Darker Side of Stage Hypnosis”.

This is where things started to get really controversial, not just because of his past, but also because of his premise that ‘there’s no such thing as hypnosis’, which is central to both this seminar and the DVDs.

According to Royle, all hypnosis is at worst little more than a trick based upon a mixture of social compliancy and “the karaoke effect” and at best, self hypnosis…if you believe in self hypnosis.

Regardless of whether you disagree completely with him or not, it’s easy to see how he may have formed this opinion.

Having made his stage debut at the tender age of three and a half, courtesy of his veteran entertainer father Les, he grew up around circus performers and magicians, and has performed magic since his childhood, so to him everything including stage hypnosis is an effect…or to use his technical term, a “con”…at least that’s what he says…

some delegates took him at face value while others attempted to read between the lines.

Rounding off the first day, to a big laugh, he opened a flipchart revealing the eighteen (yes…eighteen!) certificates that participants take away from this training…with a huge caption stating “this is bull****”, then proceeded to use them as a metaphor for creating one’s own niche market.

Sunday morning was even more controversial, courtesy of ‘CMT’, his own unique brand of therapy, which incorporates close up magic to good effect (pun intended).

Some of the therapists in the room (which contained a mixture of wannabe and working stage hypnotists, magicians, hypnotherapists, psychotherapists, NLP practitioners and even a psychiatrist) were not amused, considering him to be wildly irresponsible and totally unethical, but by the end of the day, most had changed their minds, feeling that whatever he may or may not be or believe, he had succeeded in teaching them some powerful lessons.

Hammering the point home, in a Robert Anton Wilsonesqe manner (though I doubt that he’ll like the comparison), he tells his audience “everything I’ve said this weekend is bullshit…if you want it to be…and everything I’ve said this weekend is the truth…if you want it to be,” before returning to stage hypnosis, which he demonstrated at length, with the help of volunteers from the audience.

The day then ended with a question and answer session during which he dealt with, amongst other things, professional insurance and Equity membership. Unsurprisingly, as an experienced performer, Royle makes an engaging and amusing presenter.

Admittedly he’s not for the fainthearted…or for those who are afraid of having their belief systems challenged, but his knowledge of magic, mentalism and hypnosis is extensive and together with the DVDs, in which he teaches ways of circumventing the 1952 Stage Hypnotism Act, ‘hypnotricks’, suggestibility tests and his psychology of stage hypnosis (and the accompanying CD Rom which contains his various e-books, seminar notes and more), this training makes a formidable package that will be of great interest to many stage hypnotists, magicians, mentalists and therapists..

Reviewed by Paul Maverick on www.magicweek.co.uk

Exciting News – All Our Products Now Come with Real Live Personal Assistance and Support Included at No Additional Cost. Our Products and Courses were already the Most Comprehensive and Best Value for Money, whilst also being Unique and Unrivaled in all manners, but now things just got even better for you all... http://tinyurl.com/qz3q8e7
1 file (96.7KB) 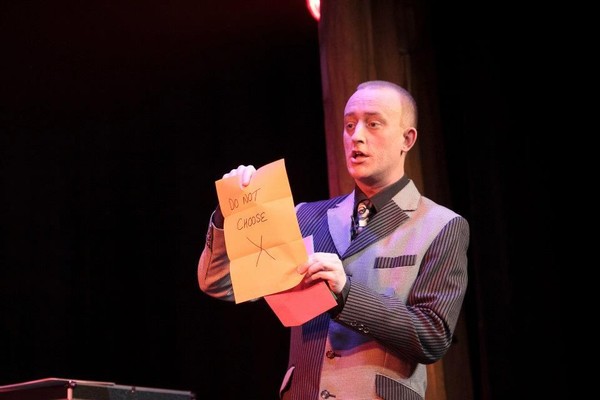 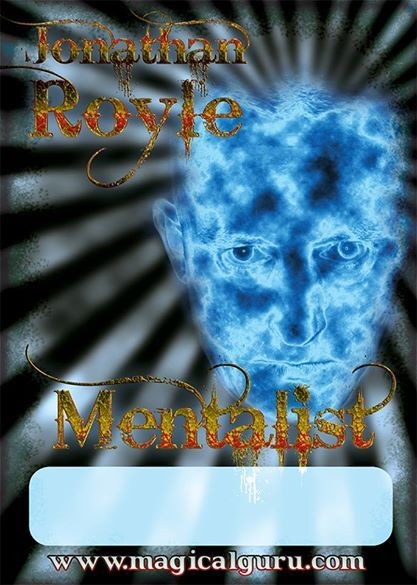 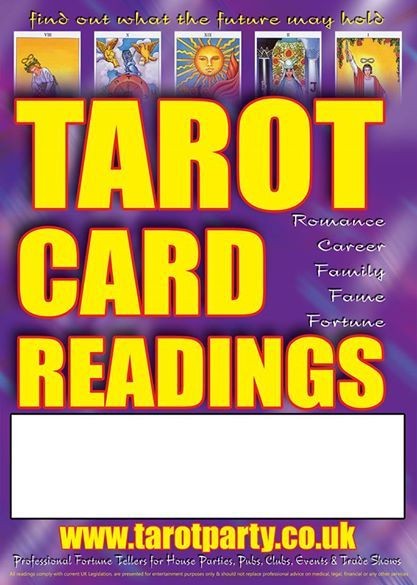 THE TALKING TAROT - Profitable Tarot Reading Made Easy
$7
Buy now
This website uses cookies so that we can provide you with the best user experience. By continuing to use this website you are giving consent to cookies being used.
Got it