The term "Hypno-Tricks" is often used to describe so called fake or pseudo hypnotic style stunts and routines, which look exactly like a display of genuine Hypnotism.

These little known techniques can be used anytime, anyplace, anywhere and used correctly are guaranteed to work on anybody & everybody including the world's biggest skeptics!

What's more those who take part in these amazing displays of apparently genuine Hypnosis will actually believe they have been in some kind of real Hypnotic trance as will the watching audience.

The real beauty of these Hypno-Tricks techniques is that once you have discovered their secrets and mastered the art of performing them effectively they may be presented in many different ways as follows:

They may be presented equally as well in a comical manner as they can be in a serious or scientific style routine, and as such this complete course in "Hypno-Tricks" is 100% unreservedly recommended to all serious students of Magic, Mentalism, Hypnosis, NLP and related subjects!

WHAT WILL YOU LEARN?

This complete step by step training course in "Hypno-Tricks" comprises Secrets and Information which are worth many, many times their weight in gold to any professional working performer.

In fact you'll find more than enough secrets, ploys and techniques within this course to enable you to perform a complete act or show and as such we feel that this course represents remarkable value for money when you consider:

YOU'LL LEARN ALL OF THESE AMAZING FEATS

THE ANIMATED ARM ILLUSION = Royle's tried, tested and proven to work version of Derren Browns famous, out of print and practically impossible to obtain "Lift" routine.
THE GIRL THAT CANNOT BE LIFTED = Two different methods to perform this routine made famous most recently by Derren Brown with his "Hypnotised Boxer" presentation on his "Mind Control" TV show!
HOT HEAT REVEALED = Two entirely different ways to perform this legendary stunt whereby a piece of foil becomes red hot in the possession of a volunteer and yet is normal temperature in your hands. This always convinces everyone you're a genuine Hypnotist or Psychic and one of the methods taught uses no chemicals and is completely safe!
THE HUMAN PINCUSHION = The true inside secrets of Bloodless Surgery enabling you to duplicate Derren Browns "Syringe through back of Volunteers hand" experiment with the greatest of ease and safety.
THE ASBESTOS MAN = How to apparently place volunteers into an instant trance state so that they feel absolutely no pain whatsoever as you burn all the hairs off their bare body using a blowtorch!

AND THAT'S JUST THE TIP OF THE ICEBERG

DEAD OR ALIVE? = An amazing demonstration of Hypnosis whereby you become the living dead as people confirm that both your pulses have stopped. You can then even make an audience members pulses stop apparently with Hypnosis!
THE ABNORMAL LIFT = Royle's truly hypnotic presentation for this amazing stunt which Uri Geller has performed numerous times on TV! Under Hypnosis four volunteers become super strong as they lift the heaviest person in the room high into the air using only their fingertips.
THE HUMAN BRIDGE = Royle reveals the true inside secrets of safely performing so called Hypnotic Full Body Catalepsy whereby the hypnotised volunteers body becomes stiff rigid as they are suspended across the backs of two chairs (ankles on one and shoulders on other) before you stand on them or have two or three people sit on them!
ICE TO SEE YOU ICE = Spiritual healer Mathew Manning has used this experiment involving a bucket of ice on several TV shows. You'll learn how to make the volunteers feel no pain as they keep their hand submerged in ice cold water for an incredibly long amount of time!
THE INSTANT PSYCHIC = Similar in effect to Banacheks "Psychokinetic Touches" Royle reveals how he turns an audience member into an instant Psychic using Hypnosis. British Spiritualist Nathan Demdyke has been using a routine similar to this for decades and Psychic News have on many occasions proclaimed him as genuine in their articles!

AND THERES EVEN MORE AMAZING SECRETS

SYNCHRONICITY INDUCTION = How to apparently place any volunteer into an instant hypnotic trance state by placing their hand over their face and then down into their lap in much the same way as Derren Brown appears to on many of his TV shows and Live Performances!
DRUNK AS A SKUNK = Secrets to enable you to apparently make any volunteer get as drunk as a skunk by drinking invisible drinks with resulting behaviour that is highly comical to say the least.
THE INSTANT STRONGMAN = Various routines which enable you to instantly turn the weakest looking female in the room into an instant super woman as she resists the strength of several men twice her size with hilarious results.
IS HE A MAN OR A MOUSE? = Several techniques enabling you to turn the strongest muscular hard man into the weakest person in the room, Royle has had audiences in tears of laughter using these particular methods.
NO STOOGES HONEST! = One of the most closely guarded secrets in this course, which has been used by many of the worlds top hypnotists for years! In a simple step by step manner you'll be shown how to apparently lock peoples hands together, place them into a hypnotic trance and then get them performing comical routines such as playing a piano, milking a cow and many others! No Stooges are used and this works on everybody including the biggest sceptics. Best of all everyone including the volunteers come to believe they were genuinely hypnotised even though no genuine hypnosis is used at any time!

REMEMBER THAT NO GENUINE HYPNOSIS IS USED

It's important to remember that none of these routines involve any genuine Hypnosis and as such can legally be performed where Hypnosis is banned!

Furthermore as no genuine Hypnosis is used and nobody is ever in any form of Trance, you should be covered by your Magicians Public Liability Insurance to perform most if not all of these routines?

And don't forget that there are numerous other secrets, ploys, techniques and routines explained in this course, many of which have never appeared in any other course, book or video by anyone else ever before!

THESE AMAZING SECRETS ARE PURE DYNAMITE 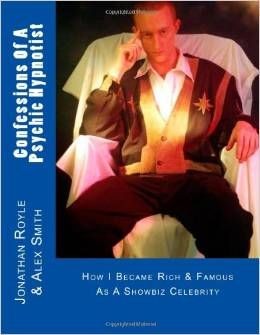 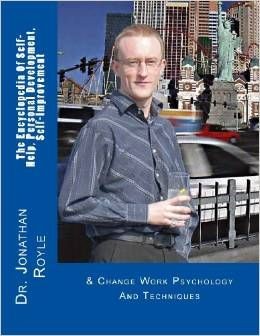 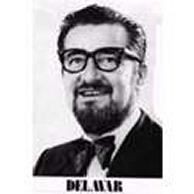 The Hypnotist's Bible - Part Two
$10
Buy now
This website uses cookies so that we can provide you with the best user experience. By continuing to use this website you are giving consent to cookies being used.
Got it