Eight Unique and Hilarious videos which are highly educational for Student Hypnotists
Here you will find a selection of titles, which have all been recorded as Top British Television Hypnotist Jonathan Royle performs his unique and truly hilarious adults only style Comedy Hypnosis shows at various venues.

All of these titles are both entertaining to watch and highly educational for anyone who desires to become a Professional Stage Hypnotist, as by watching a Professional at work, you will learn how to handle the unexpected and deal with every kind of performing situation before it actually happens to you and as such you will be far more prepared

A show filmed live to celebrate Royle’s Birthday at a large Theatre Venue in the Greater Manchester area this video shows Royle at his hilarious best. All of the various induction techniques are shown, including probably the fastest induction of several volunteers ever seen on video. The educational value of this tape is the way Royle makes maximum use of props and music, how he deals with subjects who won’t awaken when they should and how he gets maximum laughs by sending people into the audience to carry out his comical routines.

Filmed at a Birmingham Hotel’s Private Party, this video is both hilarious and invaluable to any budding Stage Hypnotist who wants to learn how Royle deals with performing on a tiny dance floor area where the audience are just inches away from him and his entranced volunteers!

You’ll also see how Royle adapts his suggestibility tests to involve the entire audience to maximum effect and how he tailors his inductions to each individual subject. Perhaps of most value is seeing how Royle handles the audience to take them from being a noisy crowd into being right in the palm of his hand

Filmed at the same venue as Volume One you’ll laugh until you cry as you see the man whose thinks his testicles are talking to each other, another man who thinks his private parts are on fire and the man who has a sexual encounter with a sheep!

You’ll see how Royle involves the entire audience in many of his hilarious routines and how he phrases his suggestions so as to get maximum response from his on stage subjects. If you want to become a Stage Hypnotist then you need this video right now

A Christmas special at a Restaurant in Yorkshire, this video shows Royle performing for a boozy Party Crowd. Watch a true professional at work and observe how Royle gets the audience on his side and makes them keep quiet during the induction process.

You’ll be amazed as you see him successfully lock together 99% of the audiences hands together and then place into trance to a greater or lesser degree everyone who volunteers to come onto the stage! Various Induction methods are shown in full and the highlight of this tape is seeing Royle perform Full Body Catalepsy on a pretty female subject.

Numerous comedy routines are also shown including the lady who falls in love with the Hypnotist and nearly performs a sexual act on him seconds before she is placed back into trance, just in the nick of time

Filmed at a student wine bar in Manchester this video is invaluable educational material as you will see what happens when only two people volunteer to take part and only one of these takes it seriously enough to go into trance. Royle was a surprise performer at this venue as the management had just changed and they had forgotten to advertise the show!

Under the worst circumstances you could imagine you’ll see Royle perform an entire show using only one female volunteer – but what an excellent subject she becomes as Royle uses every trick in the book to get maximum response from her.

Filmed at a Rugby Club venue in Warwickshire, Royle arrived at this show to discover that the concert secretary had advertised the wrong date and as such the audience consisted of only 12 people.

Despite these next to impossible performing conditions Royle manages to get almost half the audience into trance and performs a most entertaining show. If you want a true lesson in showmanship and professionalism then you must watch this video. Full of hilarious routines the camera angles on this title are such that it makes learning Royle’s Inductions as easy as 1,2,3

Filmed at a Charity Fund Raising event at a Working Men’s Club in Royles home town of Rochdale you’ll learn how Royle performs a show to a mixed audience when all his on stage volunteers are men.

See the men giving birth to babies and becoming the worlds greatest strippers, then they believe they are the Village People doing the YMCA and even become sexually turned on as they rub each other’s knees. You’ll see how Royle makes maximum use of props, costumes and music to make each routine as hilarious as possible and how he gets volunteers to perform a show in the audience during the interval as they become a gay ash tray collector, the worlds biggest gossip or an undercover secret agent amongst many other bizarre routines

Take a Trance on ME

Filmed at a private party in a very noisy gay friendly night-club venue Royle has to use every trick in the book to make this show work! You’ll see how he does a short pre-show act to get the audience into the right frame of mind for things to work and then how he uses various suggestibility tests to convince some people to take part and also to get the audience on his side.

Various induction methods are then used, but Royle still has to use every trick in the book to make this show work which in the end he does like the true professional he is. As a video to watch at home this is probably the least entertaining, however as an education in Stage Hypnosis this title is one of the most valuable you will ever watch and learn from. 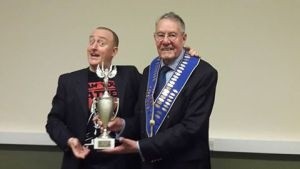 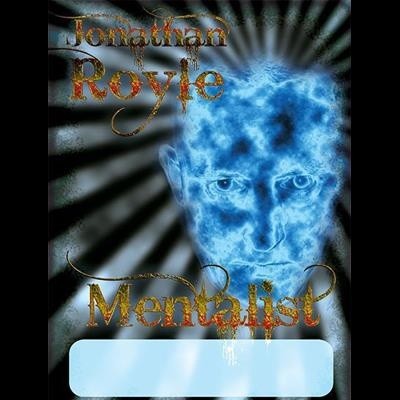 MENTALISM & PSYCHIC ENTERTAINERS - PLATINUM
$397
Buy now
This website uses cookies so that we can provide you with the best user experience. By continuing to use this website you are giving consent to cookies being used.
Got it