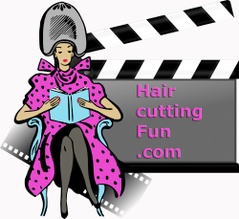 Gorgeous blonde Gigi has waist-long hair. She is wearing a blue satin blouse, black skirt, black nylons, and black high heels. She's been wearing her hair long for so long that she wants to try something new. For her, going a little shorter than shouldar length is quite the drastic cut. In the beginning of the video, she gives a brief interview and then shows off the length of her hair through braiding and shaking her hair.

After taking a seat in the salon chair, the stylist, James William, secures a hot pink nylon cape over Gigi and wraps her neck in a white paper neckstrip. He snaps the cape tight and brushes her hair. James then asks Gigi to confirm how short she wants to go. He gathers up her hair into a loose ponytail and cuts it with a haircutting scissors. Once the majority of the hair was off, James lifts the hair up to show Gigi's friend. Gigi feels the ends of the freshly cut hair and smiles. James sprays Gigi's hair with water and sections it before cutting it into the desired hairsyle with a black comb and haircutting scissors.

Soon the hair hits the cape and floor. After the haircut is complete, James dries Gigi's hair with a hand-held blow dryer. He hands Gigi a mirror and she says that she'd like some layers in the front. Using a razor with a guard, James slices through the hair a couple of areas in front. Gigi takes another look in the mirror and is very happy with her new haircut. 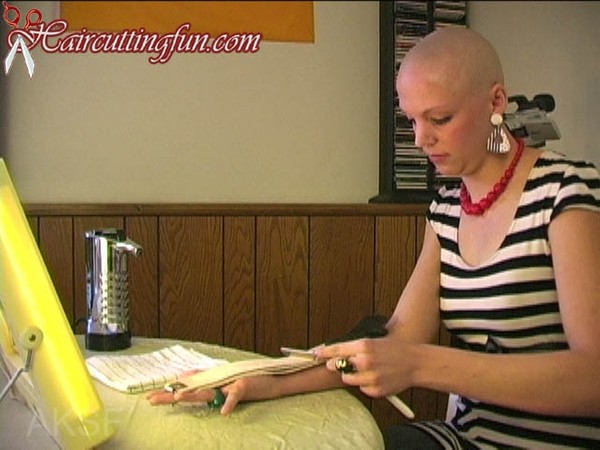 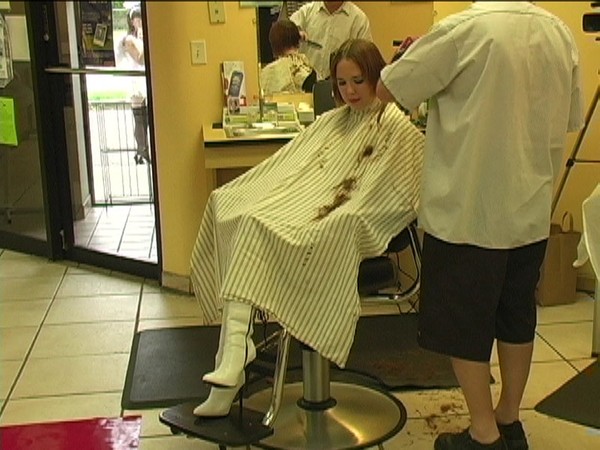 Judebox Jenny's Head Shave at the Too Hot for Hair Show
$9.99
Buy now 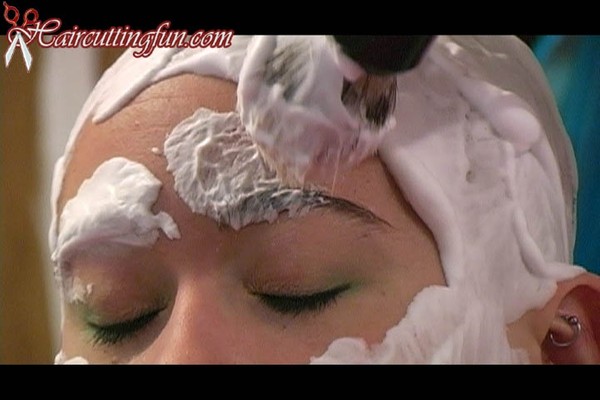 Emily's Thinning Shears Haircut, Face & Eyebrow & Head Shave VOD - Digital Video Download on Demand
$9.99
Buy now
This website uses cookies so that we can provide you with the best user experience. By continuing to use this website you are giving consent to cookies being used.
Got it