-Order out of Chaos-

Warning you must be 18 or older in order to purchase this product. Sometimes the best defense is a good offense

Communication through means other than senses bears the name of telepathy. It consists in transmitting and receiving information to and from someone else’s mind. We all know from experience that these things do happen. Here is an example of Dream Hacking.

Have you ever experienced someone else in your dream?

Have you ever felt a foreign presence that persisted and affected your dream? Have you ever experienced being in someone else’s dream?

Have you ever experienced things like in the movie Inception?

Ultimate Dream Hacking is an act that takes place during lucid dreams.

Lucid dreams are dreams where we are aware of the dream and the events that occur within them. Lucid dreams take place either wholly or partly in the Astral Plane. The dream is manifested by the dreamer within the astral plane and brought into temporary existence there. I say temporary because the dreamer often does not have enough awareness or ability to make the space permanent and it will disappear once the dreamer leaves or awakes. The Hacker enters this space and then interacts with the dreamer. The Hacker can do this through meditation, ritual, astral projection, or even via their own lucid dreams.

Accidental invasion often occurs when one or more people have a strong connection to the dreamer. Many times all the people involved are dreaming. The invasion takes the form of a shared dream, where someone is either pulled or is inserted into someone else’s dream without their expressed consent. The Hacker means no harm or has no desire to Hack the other’s dream, it simply happens by accident. Accidental invasion often occurs with empaths, people who have the ability to feel/share other people’s emotions. They involuntarily enter and experience another’s dream simply due to their natural abilities.

Why would someone purposefully Hack someone else’s dream?

Well, there are a number of reasons; the chief among them is to influence someone’s thinking. Much of what occurs in a dream is left in the subconscious or unconscious mind. The subconscious/unconscious mind influences much of our daily lives. It governs the automatic responses and processes such as memory, motivation, instinct, and even emotional reaction. Purposeful Hackers often seek to influence these things to invoke particular responses in others. They do this by entering the lucid dream, or even pulling someone into their own dream and implanting thought forms to condition the subject. The movie Inception is based on this concept.

Dream researchers at the Neurological Laboratory in Frankfurt, Germany, have discovered brainwave frequencies as high as 40 Hz occurring in lucid volunteers while they sleep.

The study from 2009 was carried out on the basis that lucid dreaming is a dissociated state with aspects of waking and dreaming combined in a way so as to suggest a specific alteration in brain physiology. The study authors - who included leading dream researchers Ursula Voss and J Allan Hobson - revealed the lucid combination of hallucinatory dream activity and wake- like reflective awareness to be paralleled by significant changes in electrophysiology.

Ultimate Dream Hacker is a powerful Radionics tool designed to go deep inside of the subconscious mind giving access to the dream state. This is done with a 5-step process. First, the system is energized Second the Psychotronic Harmonizer synchronizes the brain wave frequency of the user and the target. Third, the subliminal message is formulated and sit through a dream portal directly into the target's mind. Next, the Radionics plate transmits the dream for the specified length of time.

Once the thought form has been sent to the target it is seated in the mind. This mental seed grows into a subliminal image that expresses itself inside of the dream state. This is an incredibly powerful tool for tapping into the subconscious mind without having to deal with mental barriers ego or guarded mental states.

Ultimate dream hacker can be used for :

Send prayers to family and love once

Send Seductive ideas Get a raise at work

Get your kids to study more

Get your husband to take out the trash

The ability to implant thought forms to condition the subject has endless possibilities.

Dissolve the stress and wake up renewed

Install a new you: (where you can hone genuine aptitudes i.e. b-ball, hand to hand fighting, melodic instruments, and so forth.)

Outstanding amongst other efficiency instruments

Imagine being able to take a playlist of subliminal tracks and send them directly to your mind.

The time dilation feature allows you to take one second and time dilate using hyperdimensional physics and bend time. According to Karl Welzs Advance, Radion of tools are the only few technologies that are able to transmit faster than the speed of light.

The contemporary researcher and inventor, Karl Welz, has made two fundamental observations. First, in 1991, he found a means of generating orgone energy (as opposed to merely accumulating it). This involves the creation of a proprietary blend of metal and resin which is electrically stimulated in a particular way. Second, he discovered that orgone displays striking features of 'action at a distance' - phenomena known to occur between entangled particles at the quantum level. Welz found that if an object, such as a piece of paper or other material, is placed on one of his orgone generating devices, and an identical 'twin' of this is taken somewhere else (whether another room or the other side of the world), this twin will also generate a stream of orgone energy. This startling phenomenon of entanglement and remote action appears to follow the principle Welz formulated of 'a structural link', such that space as we normally perceive it is collapsed. As Welz puts it, the shortest distance between two objects is a structural link.By creating an experimental 'Deadly Orgone' device, Welz also discovered that his orgone generators could restore the DOR to healthy orgone.

Other experiments support Welz' observations. For example, in his book The Heart's Code, Paul Pearsall [1998] reports an experiment carried out in 1993 under the auspices of the US army. Cells were taken from inside the mouth of a volunteer and were then placed in a test tube and connected to a polygraph. Then the volunteer was taken to another room and shown a film with many violent scenes. As he watched these, the cells in the other room showed signs of extreme excitation. This effect occurred even when the cells were 50 miles away from

recognized the person, and even after two days from the time they were taken. Thus the cells remained informationally and energetically connected to the donor despite gaps in space and time - illustrating the non-local 'action at a recognized quantum physics.

This technology his license to the individual user and not to be copied or distributed without the permission of the creator. The technology also contains a remote off switch which will allow the energy from the code to be turned off if the violation of the license agreement occurs. If you need help or are looking for a custom energy image or spell casting please contact me.

THE CONTENT IS NOT INTENDED TO BE A SUBSTITUTE FOR PROFESSIONAL MEDICAL ADVICE, DIAGNOSIS OR TREATMENT. NEVER DISREGARD PROFESSIONAL MEDICAL ADVICE, OR DELAY IN SEEKING IT, BECAUSE OF SOMETHING YOU HAVE READ IN THIS INFORMATION. NEVER RELY ON INFORMATION ON THIS PRODUCT TO REPLACE THE SEEKING OF PROFESSIONAL MEDICAL ADVICE.
DISCLAIMER OF WARRANTIES AND LIMITATION OF LIABILITY
USE THIS WEBSITE AT YOUR OWN RISK. RESULTS BEYOND EXPECTATION, INC., ITS OWNERS, REPRESENTATIVES AND AFFILIATES SHALL NOT BE LIABLE TO YOU OR ANYONE ELSE FOR ANY LOSS OR INJURY OR ANY DIRECT OR INDIRECT, INCIDENTAL, CONSEQUENTIAL, SPECIAL, PUNITIVE OR SIMILAR DAMAGES ARISING OUT OF YOUR ACCESS OR USE OF, OR YOUR INABILITY TO UTILIZE THE INFORMATION AND OPINIONS EXPRESSED ON THIS WEBSITE AND THE PRODUCTS SOLD THEREON THIS WEBSITE

Copyright © 2020, MoonShadow. All Rights Reserved. This content may not be duplicated without written permission from the author.
4 files (160.2MB) 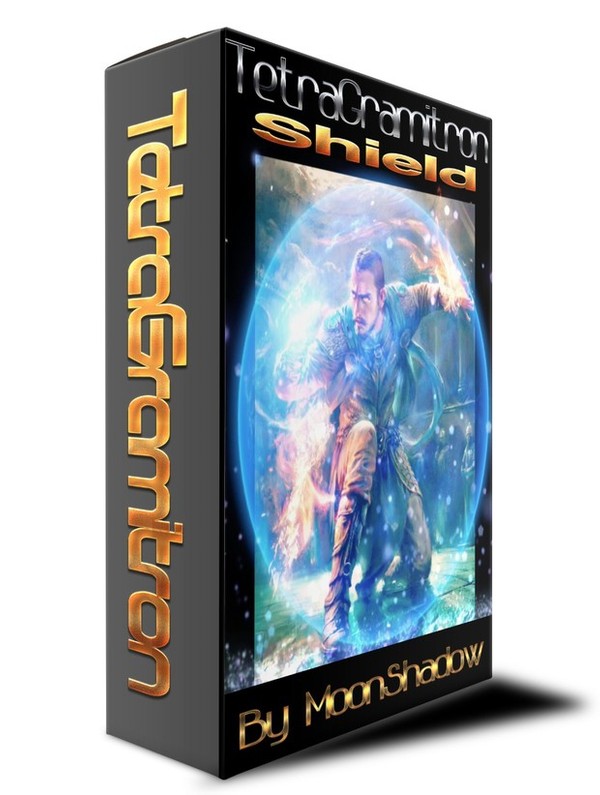 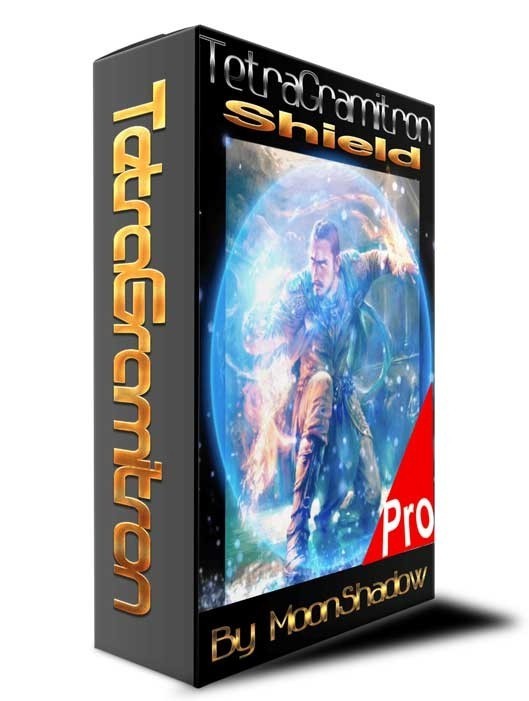 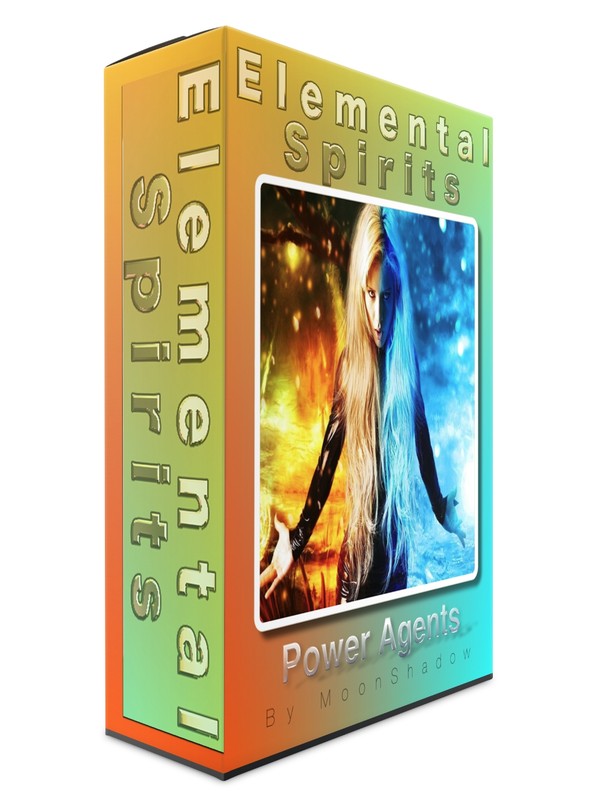 Elemental Spirits radionics
$280.99+
Add to cart
This website uses cookies so that we can provide you with the best user experience. By continuing to use this website you are giving consent to cookies being used.
Got it