Whether you believe in karma or not the fact is that as you go through life you create energy fields throughout your body from trauma. Everything you do is record it inside of your energy field. In order for you to grow and become more powerful it's important to clean these fields from negative energy. We are placed on this planet to learn many life lessons and grow and become stronger. These Trumatic experiences throughout her life are not supposed to keep us grounded they are experience is meant to teachers and allow us to grow more powerful.

This is a very powerful energetic tool this is not a toy. This tool is designed to bring out hidden energetic blocks inside of you.

The formation of a Caterpillar to a butterfly is sometimes a very painful process. Please do not use this technology if you're not ready to bring up that many karmic problems. But if you're ready to free your for self from the shackles of your past this is a tool for you.

The karmic a blaster is a paper Radionics tool based upon the Hi ‘ Hieronymus machine. Over the past two years, I have updated the circuitry of the paper Radionics machine included a powerful power source the draws energy from the ether. I have wired this energy source into a Pyramid Power broadcaster. The results have been a powerful pier amid reality hacking tool that unleashes deep embedded karmic problems with the power of love.


Pyramid Power is based on the theory that pyramid shapes, built to the proportions of the Great Cheops Pyramid in Egypt, can generate energy that produces startling effects. A growing number of scientists, parapsychologists, experimenters are discovering that a pyramid can alter whatever falls within its energized walls. The special shape of the pyramid is like the special shape of a violin: A violin resonates sound; a pyramid resonates energy.
This is not your basic, average, run-of-the-mill, one-note energy force. Pyramids supposedly preserve food from decay. Instead of rotting, the food inside a pyramid dehydrates and mummifies and stays good enough to eat. Plants and seeds are grown in a pyramid double in size. A time-lapse photograph of plants in a pyramid shows them swaying side to side, dancing as they grow. Cheap booze left under a pyramid mellows and tastes like Chivas Regal. And so on and so forth.

Some say pyramids can: polish tarnished metals, improve your sleep, tenderize your meat, cure your headaches, improve your sex life, speed the healing of your cuts and burns, improve your meditation, and keep the odor out of your cesspool. Psychic energy is not new. The ancient Chinese believed that man was linked to the eternal universe by a vital force that filled the cosmos. In India, they call the energy prana.


The karmic love blaster utilizes the pyramid power to blast through karmic problems and unleashes your true potential. I have developed this tool as a system to help those who are on the path of Ascension. In this chaotic time that we live in, we need these tools to help us on our path of releasing the darkness that hides within us all.


Okay, I've been testing the Karmic Love Blaster for nearly a week now, and here is a description of my experiences with it.

On the 1st night, I opened it up on my laptop which has a background wallpaper of Quantum Grid 3,8 on the desktop, I did not use any target image. I kept it open on the screen for around 2 hours before bed. Going in, I had no idea what to expect other than perhaps a general feeling of unconditional love and gratitude that would subside after a short time of use, I was wrong. Within the first 10-15 seconds, I felt this energy in my 3rd eye, and then it began to sink into my heart center. For around 1/2 an hour I saw this black static energy around my heart center being cleared up. I could clearly hear a loud static sound emanating from that area like on the old televisions when there's no picture and I was freaking out big time.

After the static cleared, my that was a lot of energy and light building up in my heart center. It started to absorb negative energy from my body. I felt a lot of pain in my physical heart like it's unclogging my arteries or something. After around 15 minutes it felt like my heart center was tuning into a video or tv channel (I had my eyes open the whole time). Once that stopped, I could literally see a black and white tv screen in my chest flashing images, videos, and memories. Some of what I could see was stuff that I recognized or remembered but at other stuff just whizzed by in flashes.

I closed my eyes to try and center myself as it hit me hard. In my mind's eye, I started to remember times when people hurt me or betrayed me or any time that I felt hurt or betrayed but I was mistaken or just acting irrationally. It was like all of my emotions were being sorted into categories as if all of it was just bundled up into one and I had no way to distinguish between real pain and perceived pain. This continued for over an hour.

I switched off my laptop and I was sweating immensely. I tried to get some sleep but the intensity stayed with me for a couple of hours and I was tossing and turning. I eventually fell asleep and I thought I was going to wake up feeling rough in the morning. I was surprisingly really fresh in the morning. I thought everybody at home would have had trouble sleeping because of what I experienced but they all reported having the best sleep they've had in months and were quite surprised considering how much stress we're all under.

Throughout the following day, I noticed a significant reduction in mental chatter, negative thoughts, anger, or mood swings. Anytime I encountered an entity trying to target me with negativity I felt more confident in dealing with those thoughts and I could literally feel myself energetically filling holes in my aura where I felt the negativity was somehow finding it's a way through.

I tried it with my mom as a target for around 2 hours. I fell asleep while using it on my laptop during which I fell asleep and had this nightmare that my mom had died and that I was totally lost in the dream as to how I'm going to survive. When I woke up, I realized that I was confronting a lot of fears about losing my mom as I have come to rely on her a lot in times of need. Generally, since using the broadcaster I have had to face a lot of internal fears.

I have used it with her few times and while using it on her without her knowing, she has said that she's suddenly feeling really crap and does not understand why. When I have switched it off, she suddenly feels uplifted, lighter, and full of energy compared to before. At home, in general, energy is calmer and more positive. Fewer fights and negativity,

There have been moments where literally everything I say to anyone would be taken in a negative light. I would have to explain or justify every other word or sentence. I then pop open my phone or my laptop with the Karmic Love Blaster and there's been an instant change in attitude or behavior towards me and communication is clearer and less awkward.

Two significant incidents have occurred where the broadcaster has really helped. One day I was healing myself with the broadcaster and then something came up where I had to go out with a friend. We stopped off at a shop and he parked his car in the only available parking space. It was really tight as the car on the passenger's side had not parked properly. The driver of that car was on the phone and not paying attention. I tried to get out but space was tight and the only way I was going to get out was if my door lightly touches his car and even then I would have to squeeze out. Plus my friend's car was really small so it really wasn't our fault.

That driver was twice my size and he looked dead straight in my eyes like he was going to kill me for touching his car. I could see this flash of energy/light in my eyes and he looked away really quickly and sped off. After a few meters, he slowed down and he started driving really carefully in the car park. I got the impression that it occurred to him that he was the one at fault and he needed to pay attention.

The other major incident was outside my house. This new family has moved into the neighborhood a few months ago and they have an attitude problem. One of them was riding their motorbike really fast and had a minor accident with another neighbor’s car who was maneuvering in a really tight space. It all happened outside my house so I could see that the guy on the motorcycle was at fault but he kept blaming the guy in the car. The rest of the family ganged up on the driver. There was a long interaction and eventually, things were about to turn violent. The guy in the car managed to get away but these guys were standing outside my window and I heard them planning to smash up his car in the middle of the night.

I used the Karmic Love Blaster with an image of the neighborhood. I even stayed up most of the night to keep an eye out in case something happened. Normally, there's always someone walking in the middle of the night but that night it was dead silent and peaceful the whole night. They did not damage his car or try to get revenge. In fact, there has been a significant change in their behavior. They're saying hi and interacting positively with people.

Sorry for the long essay but I just wanted to explain that I feel like I have been turned inside out or something. I have dealt with issues that have taken me years to confront in a matter of minutes and hours.

Copyright © 2020, Moonshadow. All Rights Reserved. This content may not be duplicated without written permission from the author.

DISCLAIMER OF WARRANTIES AND LIMITATION OF LIABILITY

USE THIS WEBSITE AT YOUR OWN RISK. RESULTS BEYOND EXPECTATION, INC., ITS OWNERS, REPRESENTATIVES, AND AFFILIATES SHALL NOT BE LIABLE TO YOU OR ANYONE ELSE FOR ANY LOSS OR INJURY OR ANY DIRECT OR INDIRECT, INCIDENTAL, CONSEQUENTIAL, SPECIAL, PUNITIVE OR SIMILAR DAMAGES ARISING OUT OF YOUR ACCESS OR USE OF, OR YOUR INABILITY TO UTILIZE THE INFORMATION AND OPINIONS EXPRESSED ON THIS WEBSITE AND THE PRODUCTS SOLD THEREON THIS WEBSITE

Copyright © 2020, Moonshadow. All Rights Reserved. This content may not be duplicated without written permission from the author
3 files (30.1MB) 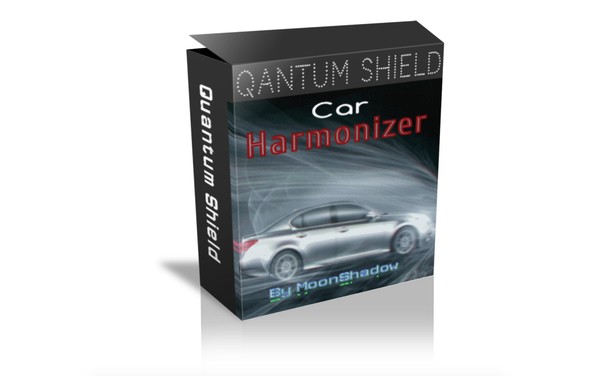 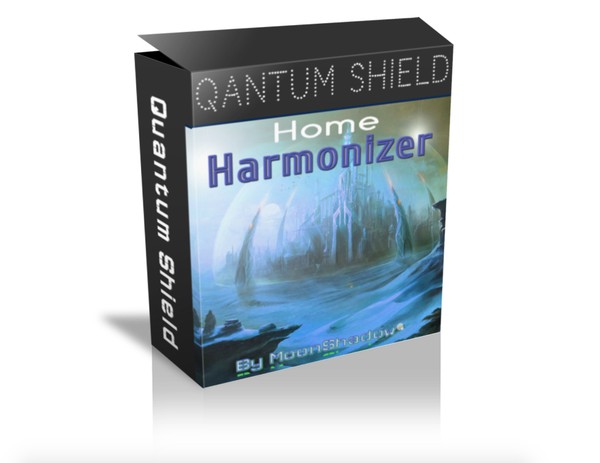 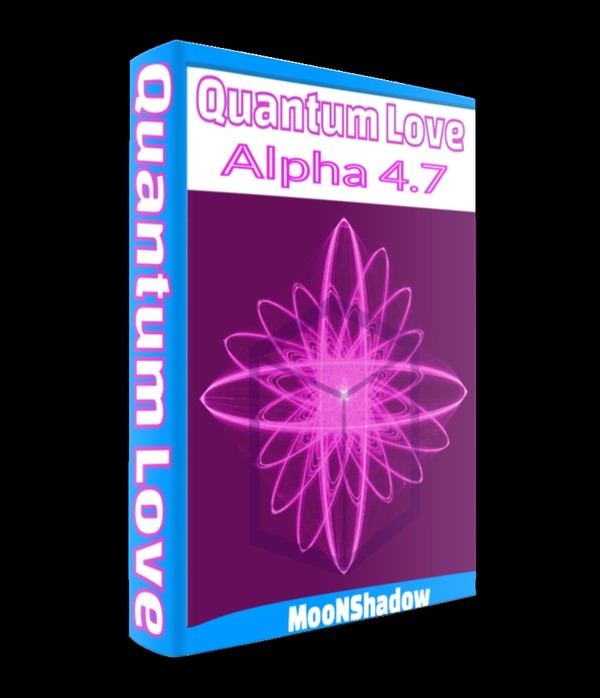 Quantum Love 4.7 Alpha
$39+
Add to cart
This website uses cookies so that we can provide you with the best user experience. By continuing to use this website you are giving consent to cookies being used.
Got it