Radionics Plate
(Real World Magic Tools to improve your life)
Warning this is a powerful Radionic Tool this is not a toy!!!

This product is incredibly powerful
Basic understanding of Radionics is required

Gizmos are energetic mind machines that activate and respond to different stimuli. The mind machines allow you to trigger gizmos based sound, thought, sight or pattern. They can be used to both attract or repel energy.

Bonuses:
Included is a top-secret bonus corporate attack which for security reasons will not be listed in detail


-Order out of Chaos-

Warning you must be 18 or older to purchase this product. Sometimes the best defense is a good offense

Social Media is a Weapon

Social media has developed into a powerful innovation that must be considered by churches, schools, corporations, militaries, and governments.

Technological innovations that become disruptive can go unnoticed at the time of their emergence. In hindsight, it may seem obvious they would result in fundamental changes. Most recently, social media platforms such as Facebook, Twitter, Instagram, the dark web and chat boards—originally intended as means of communication for use by the public—have evolved into platforms for advertising, political messaging, and the coordination of social movements.

Information-sharing platforms are a virtual treasure trove of ammunition.

“The formation of public opinion has become an immense battlefield where a multitude of agents battle with all kinds of weapons, and without any rule or restriction, to seduce, fascinate and mobilize their potential audiences toward their own interests. Activists and sub-national groups of every condition and ideology all around the world have found in these tools their best weapons to challenge companies and institutions in the field of public opinion, image, and reputation.”

These battles of impact are all around planned, composed, intelligible, and deliberately dealt with, their adequacy is extraordinarily expanded.

Where will the next online war be fought?

The cell phone in your pocket, or if we’re being futuristic, the augmented reality glasses that you wear as you walk down the street. It’ll come from the keepsake videos that you play on them.

The tools that militaries and tech companies are using to fight back against the AI-created deep fakes are other AI. So, the future of online conflict looks like it’ll be two AIs battling back and forth.

Edward Bernays considered the father of both psychological operations and marketing, coined the phrase psychological warfare to describe his work during World War I. After the war, he needed to find a niche for his unique skillset, so he penned his Machiavellian style manifesto pitching his services in influence to civilian applications. He found many takers. U.S. companies such as Proctor & Gamble and GE were his clients.

Although Bernays designed the basic tools and tactics for influencing behavior decades ago, the industry has been honing them ever since. Every advertising campaign is one more experiment in influence messaging and one more round of grooming audiences for susceptibility to influence.

For example, even when companies appear to be trying to sway the behavior of large numbers of people, they always focus on individuals. They develop an in-depth profile of people—from the mundane such as what they likely eat for breakfast to the secret dark worry that keeps them up at 3 a.m.

Firms also deliver a clear single message that drives a specific action, an approach that is especially suitable for advertising on social media. Rarely are posts about closing a sale; most are designed to move the target along the pipeline to increase an organization’s influence, including requesting a user follow the company on Twitter and Facebook or join an email list.

Savvy advertisers also saturate potential customers’ worlds with their messages. Marketing professionals know it takes eight to 10 touches to convert a browser to a buyer. Social media platforms make this easy, delivering 10 messages to a targeted shopper with a single mouse click.

Marketing professionals also know that, despite claims of craving individuality, people ultimately want to be part of a group, and receiving likes of their messages increases their feeling of belonging. The importance of this “social proof” has given rise to social media influencers and is the reason Russia’s Internet Research Agency invested so much in infiltrating Facebook communities and cultivating its own influencer personalities.

Also, a saying that evolved over time beginning with the sale of television advertising can be applied to social platform marketing: If you are not paying for it, you’re not the customer, you’re the product. While technology users believe they are the customers, as they visit websites, purchase a product online or share a post on social media, their personal information becomes the product. As a result, social media users have transformed into cows milked for data and attention and the social media platforms the dairy farms.

For example, since Facebook opened to the general public in 2006, users have willingly been contributing to their psychological dossiers. They share news about their life events from the mundane, such as checking in from the gym to milestones, including engagements, graduations, and deaths.

Social media platforms also enable users to crowdsource for answers for everything from auto mechanic recommendations to health questions and upload pictures of meals, vacations, families, living rooms, and pets. Those images can be analyzed for content, giving social media companies a cache of information such as which users love the outdoors and even if they prefer mountains or the beach.

The development of information-digging tools didn’t stop there.

Social media platforms offer additional advantages. Using traditional media, marketing campaigns are a scattershot lob into a void; it isn’t possible to know precisely how many people saw a particular message or how long they viewed it. This is the dark matter of marketing.

But platforms such as Facebook and Instagram shine a light on this dark matter. For example, Facebook’s deep psychological dossiers know who is likely to buy what food product, automobile or ideological message.

This capability gives rise to a new form of dark matter in marketing: dark ads that keep consumers in the dark. An advertiser can develop different messaging for different audiences, and each group only receives specific messages.

According to the 2018 indictment of 13 Russian individuals, the Internet Research Agency began its campaign to influence Americans in 2013, a three-year lead-time to the presidential election to identify target audiences and then test and hone messages with highly sophisticated influence delivery and measurement tools.

These activities were merely a shot across the bow. They indicate that cyber warfare weapons can reach audiences far and wide by digging deep into information individuals willingly share.

Emerging technologies such as artificial intelligence and machine learning are sure to boost current capabilities and bolster the power of influence operations. To fortify organizational and even national cyber borders will require innovative thinking and a cultural shift that increases awareness and a citizenry prepared to believe the incredible.

Whether you or trying to get back at your company for their wrongdoing or you're trying to take out your competition this is the tool for you.

Corporate overwatch  Social Supremacy is a powerful tool that allows you to cast spells or operations directly into a social media group. The interface is simple and easy to use allowing the user to navigate different social media groups and increase or decrease their energy and how they affect your company or organization.

Corporate overwatch  Social Supremacy is designed to target both individuals and social groups. You can influence on a mass level changing large social groups influence them to react in certain ways. The group goes where the energy flows. Many people are not truly individuals they work on peer pressure from their social groups that they interact with. This tool is designed to manipulate re-educate and propagate powerful thought forms inside of a social network.

Corporate overwatch  Social Supremacy is a powerful tool that allows you to cast spells or operations directly into a social media group. The interface is simple and easy to use allowing the user to navigate different social media groups and increase or decrease their energy and how they affect your company or organization.

Corporate overwatch quantum supremacy has a built-in energetic cord cutter that releases energy ties connected to social media.  These energetic words can drain your energy on a daily basis.

The pro version also includes a built-in gizmo caster that allows you to scan for negative thought-forms. Negative images negative keywords and set up energetic triggers that will maintain a organizations positive outlook.

Everyone is offended about something these days ...  It's just a question of getting them triggered and fired up ...

This technology his license to the individual user and not to be copied or distributed without the permission of the creator.  The technology also contains a remote off switch which will allow the energy from the talisman to be turned off if the violation of the license agreement occurs. If you need help or are looking for a custom energy image or spell casting please contact me.
Copyright © 2019, MoonShadow. All Rights Reserved. This content may not be duplicated without written permission from the author. 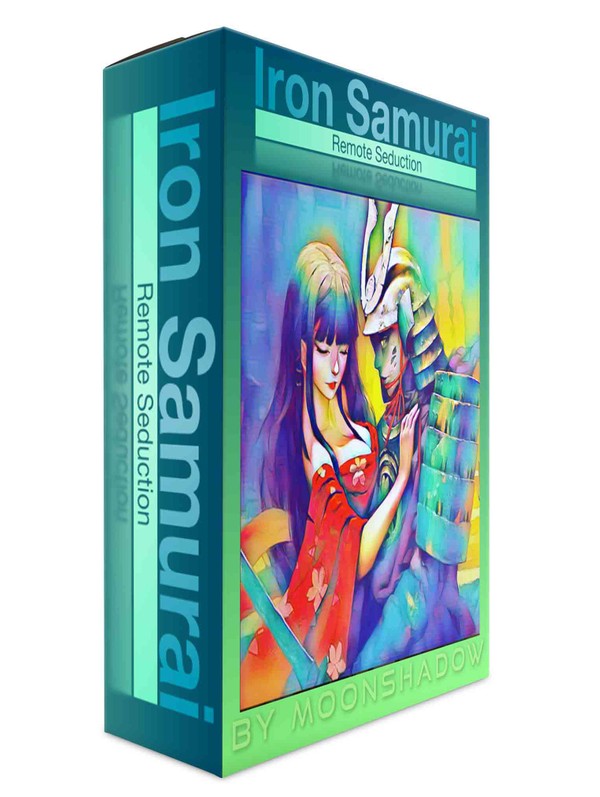 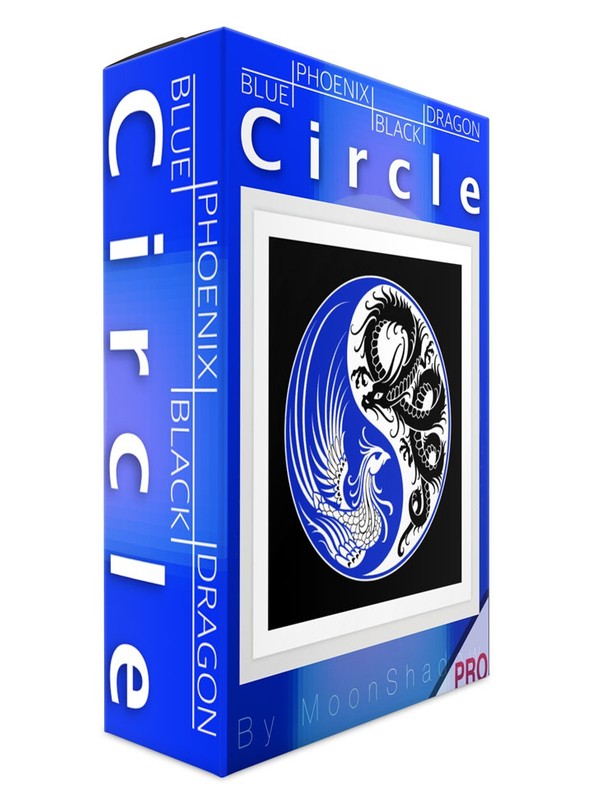 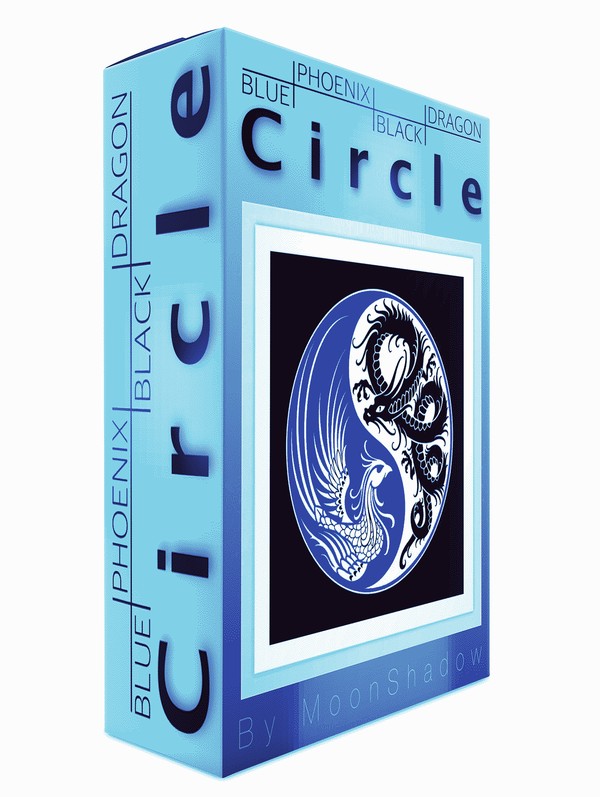 Black Dragon Blue Phoenix Circle Talisman
$1000+
Add to cart
This website uses cookies so that we can provide you with the best user experience. By continuing to use this website you are giving consent to cookies being used.
Got it