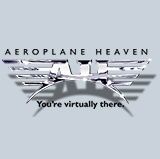 The Pucará ( Quechuan for “fortress” ) is an Argentinian Ground attack and counter insurgency aircraft. A very capable and formidable aircraft it saw action in the Falklands war and the Sri-lankan civil war.

By the time of the Falklands War, about 60 Pucarás had been delivered as it was built primarily to fly from shorter less than perfect airstrips it was decided that a small number of Pucarás should be sent to the Falklands. Most of the other Pucarás were stationed in Argentina as close to the Falklands as possible. Unfortunately in the battle for air supremacy the Pucará was outclassed by the VTOL jet , the Harrier. The Pucará however still continues to serve albeit in various upgraded forms.

The Ctrl-ezy Pucará comes with a good selection of liveries and a loadout system allowing you to personalise your weapons loadout in a number of different ways.

The Ctrl-Ezy Pucará features what we are calling a "3d panel".

The cockpit of a Control-Ezy development is a 3d representation of the old 2d panel from previous simulator generations. Look down or behind you or to the left/right you will see nothing as only the front facing part of the cockpit has been modelled and textured. A camera view will be present that is locked off and even if you should use the hat switch on your joystick it will not move. Please refer to the video link for more information 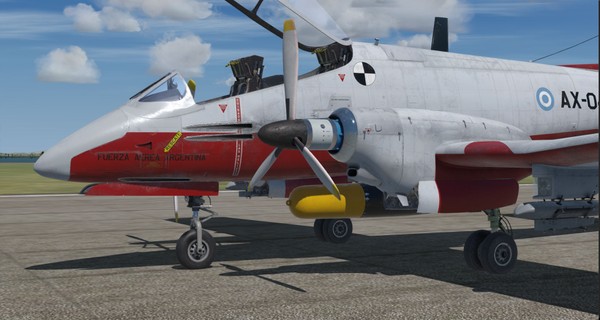 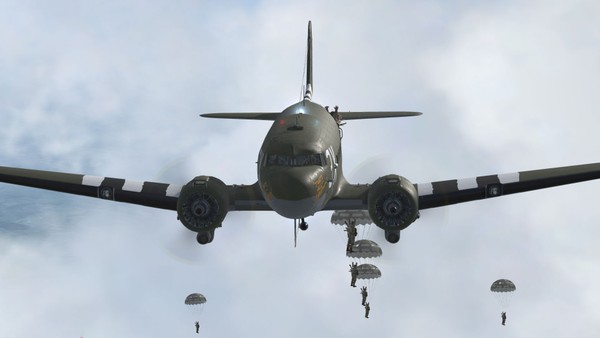 Aeroplaneheaven Douglas C-47 Skytrain
$38.95
Add to cart
This website uses cookies so that we can provide you with the best user experience. By continuing to use this website you are giving consent to cookies being used.
Got it