Blindsighted By Love: Cujo and Rhiannon's Romance (Finale to Don't Walk Away)

Rhiannon is a sweet piece of chocolate dipped in mystery, and Cujo knew he had to get a taste. Imagine his surprise when he found out the woman was moving in across the street. He could barely hide his wicked grin when Javier knocked on his door asking for a favor.

“Listen,” Javier began. “Do me a favor by keeping an eye on her and the kids.”
Dropping the act, Cujo’s smile vanished. “I ain’t into babysitter your side bitch.”
Javi scoffed. "I saw the way you were sweatin' her. Go for it. You got my blessing all the damn way, but I got to warn you against it,” added Javier.
“Well, I ain’t falling in love, Javi. I just want to get it wet,” laughed Cujo.
Javier rolled his eyes. “That’s what all the good ones say before the cherry has them catching feelings,” he grumbled as he strolled away.

Cujo never would have thought the more he worked to get into Rhiannon's panties, the more he would find himself falling for the damaged woman. When what Ri's been running from tracks her down, Cujo is willing to lay it all on the line in hopes that after all her demons are banished, she will give him want he realizes he so desperately wants; Her Love.

**Author's Note: Please read DON'T WALK AWAY; Elmo and Christine Romance before reading. Events from their book are featured within this book. To ensure you have an enjoyable read, please do so.***

Javi leaned towards the shorter woman that walked close by.

“Smile, stay quiet, and let me talk,” he whispered.

Taking offense to his command, she slowed her step. She could tell that the woman, they were both there to meet, was watching from her office. The glass wall gave the redheaded woman a straight shot.

Javier cocked his eyebrow. He didn’t hide his expression of disbelief that her question created. In spite of his better judgment, he had come to this woman’s aid when he should have just walked away from her. If it weren’t for the baggage and the history that was attached to her, he would never have gotten involved with her shit. Now, she had the nerve to try and make demands. Over the last few days, he had held his peace, however, at the moment, he was ready to drop her ass on the curb to let her fight her own battles.

Javier stole a quick glance at the realtor that was waiting for them to stop the side talk and enter her office.

“Seeing how you need my help and you have no money, you got it, sister,” he replied.

“Was that your attempt of identifying with me? If that ‘sister’ comment was, you need to try harder. Just cause I’m ethnic, doesn’t mean I’m from the streets.”

“No, what you are is stupid, which is a language I wouldn’t lower myself to speak,” Javi smirked before he walked away.

She clamped her mouth so tightly shut to suppress a stream of curses from erupting that it felt as if her jaw was going to shatter. With a practiced smile on her face, she glided in the office.

“Yes,” she replied as she gave the woman’s hand a shake.

“Nice to meet you. I’m Annie, Ms...eh, Von Tesse,” Annie glanced up from the paperwork to give the woman a once over. Stealing a glimpse of Javier, she gave him a disbelieving frown.

“Is there a problem?” He inquired.

“Nope, not at all,” smirked Annie as she took her seat. “I was just…admiring such a one of a kind name,” she added, dryly.

“Well, how about we admire the homes we’re here to consider,” he suggested.

He knew what she was doing. The name that Ri had chosen screamed cover up. Why the hell she did it was a mystery to him, but whatever. That was a battle he didn’t have time to fight. All he wanted was to kick the silly twit out of his house and move the hell on. He couldn’t have her staying with him another night.

“Yes,” turning to address Ri, “I will also need your financial information for the leasing contract.”

Javier leaned to grab the stapled papers off the polished, walnut desk. “I’ll be handling that…in cash,” he informed her.

Once again, Annie’s eyes darted between the two.

“Whatever you say,” she smiled.

He’s cheating on ZeKai, a voice in her mind screamed with joy. Her heart sprung with the hope of getting Javier back into her bed. Squashing the excitement, she concentrated on the file to her right. She slid it in front of her.

“I’ve taken into consideration your ‘must haves’ and came up with a few homes to view. You can take a few days to… “

“Not days, but today. She’ll be moving in today,” he stressed cutting her off.

Ri cut her eyes at him. Not only did the ignorant asshole speak to the realtor without consulting her, but he was also making sure she was gone and on her own ASAP. He was casting her aside as if she was a piece of shit. Coming to him for help was a mistake. She should have guessed it would go down like this after meeting with him. The cold way he stared at her as if he was irritated and mad that she had sought his help, was a pre-cursor to how things would go.

Ri leaned over to whisper, “Don’t you think I should have the boys help with the decision…or at least-“

Ri bit her lip, sat back, and listened to the two converse. When Annie handed her the pages of colorful printouts and written words that she was sure spoke of all the amenities of the homes, all she did was hand them over to Javier to review. It wasn’t as if her opinion would matter anyway, so why stress herself.

“Why isn’t the house on Gibbler Street on the list?”

Annie’s mouth went slack-jawed for a moment. A deep frown creased her brow. “Well, I know you mentioned that home, but with a budget like yours, I didn’t see the reason in… “

“Yes, of course, we can swing by Gibbler after we-“

Annie was quickly second guessing tossing her hat in the ring to get this pushy asshole back. Javi was always the kinda man that didn’t take shit and was always in charge. The day she had seen him with ZeKai at his home was the only time she had seen him back down from a woman. It was then that Annie had cashed in her chips, thinking her chances of trapping the rich, handsome man was gone. However, with this woman that was apparently not who she claimed to be yet had a secret tie to Javier that doesn’t involve ZeKai because she was absent, could spell trouble in paradise with Javier and his girlfriend, ZeKai. Perhaps he got tired of taking shit from the loud mouth bitch and went back to his old ways of fucking women that like his demanding nature.

“The limo is ready outside,” Annie answered, at last.

Getting up from her desk, she stood to the side to allow the two to exit her office. Her eyebrow rose at the sight of Javier’s hand on the small of the woman’s back. There was a strange vibe that radiated between the two of them. There was clearly a familiarity, but there was also a tension, too that Annie wanted explained. Was it a love/hate thing, or was she off base altogether?

“Oh, I like this one,” Annie caught Ri saying as she pointed at one the houses that were printed on the high quality, glossy paper stock.

Annie glanced at the photo when Ri angled the paper for her to see.

“Oh, yes…that is a nice house and nice neighborhood, too.”

“Really? I know the boys would like this one,” sighed Ri.

Come on and spill that tea, Ri, she thought. Javier seemed to be preoccupied with his cell which made it a perfect time for Annie to glean more info, or so she thought.

Without looking, up from his phone, “Annie, I don’t take the fact that you’re trying to get in my business, lightly. Do your fuckin job and nothing more.”
1 file (1.1MB) 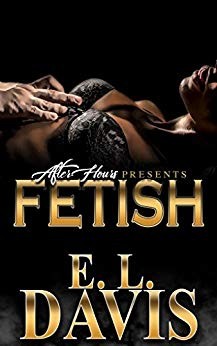 FETISH
$1
Buy now
This website uses cookies so that we can provide you with the best user experience. By continuing to use this website you are giving consent to cookies being used.
Got it